The Ross Ice Shelf is Freezing, Not Melting. Which Is Weird | Popular Mechanics

IT’S time for “the talk.” You know, the one we’ve been putting off because it’s “inconvenient”. That end-of-life conversation…

YEP! Antarctica, the ‘inconvenient’ pole, the naughty child, has been gaining ice mass and cooling for decades, despite a 20 percent increase in atmospheric CO2, and model predictions to the contrary. 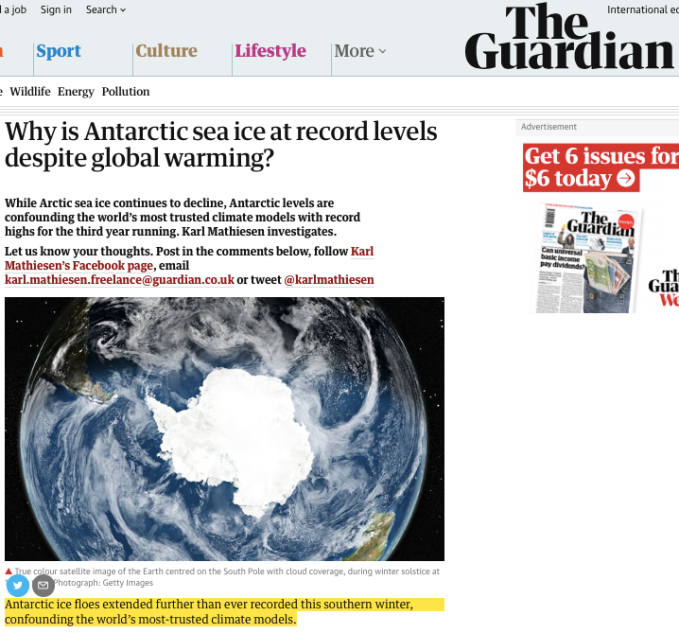 Why is Antarctic sea ice at record levels despite global warming? | Environment | The Guardian