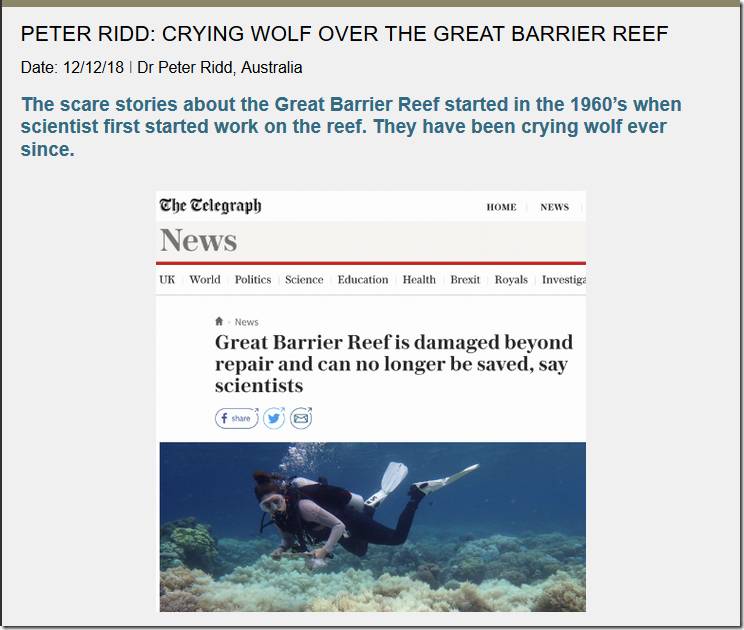 Scientists from James Cook University have just published a paper on the bleaching and death of corals on the Great Barrier Reef (GBR) and were surprised that the death rate was less than they expected because of the adaptability of corals to changing temperatures. It appears as though they exaggerated their original claims and are quietly backtracking. To misquote Oscar Wilde, to exaggerate once is a misfortune, to do it twice looks like carelessness, but to do it repeatedly looks like unforgivable systemic unreliability by some of our major science organisations.

It is a well-known phenomenon that corals can adapt very rapidly to high temperatures and that if you heat corals in one year, they tend to be less susceptible in future years to overheating. It is the reason why corals are one of the least likely species to be affected by climate change, irrespective…