HadSST is generally regarded as the best of the global SST data sets, and so the temperature story here comes from that source, the latest version being HadSST3.  More on what distinguishes HadSST3 from other SST products at the end.

The chart below shows SST monthly anomalies as reported in HadSST3 starting in 2015 through February 2019. For some reason, it took almost a whole month to publish the updated dataset. 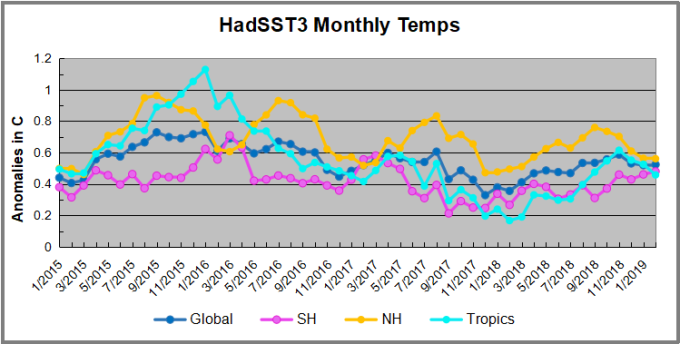 A global cooling pattern is seen clearly in the Tropics since its peak in 2016, joined…