Opinion: Netflix and the WWF are misleading the public in the name of climate change — just as National Geographic did with the emaciated polar bear  [24 April 2019] 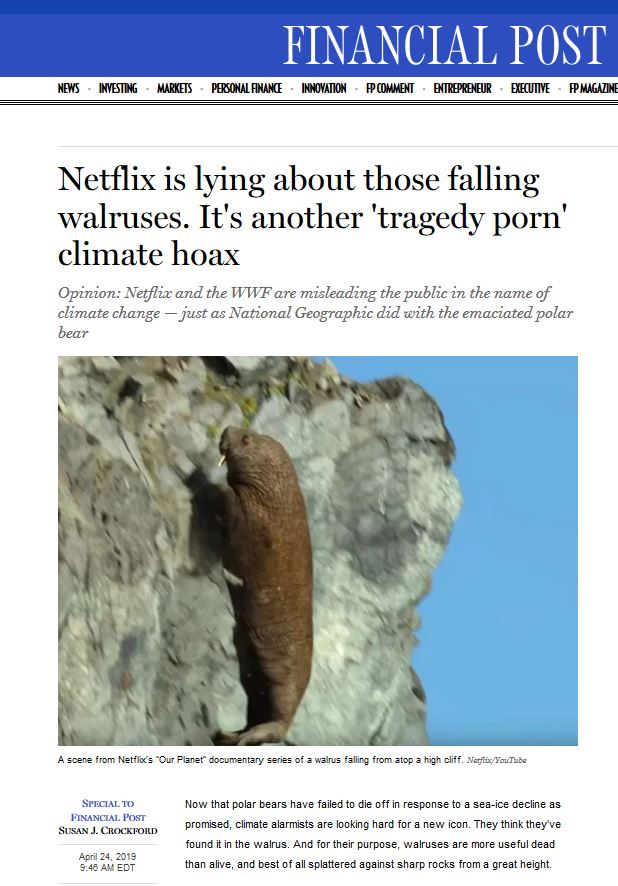 I’ll post the full text in a few days for those who hit a paywall.

Just a reminder of the geographic locations of the action in the Russian portion of the Chukchi Sea: The cliff where the falling walruses were filmed was at Cape Kozhevnikov and the beach haulout of >100,000 animals was almost certainly Cape Serdtse-Kamen. There is often another haulout at Vankarem, described in the USGS Pacific walrus coastal haulout database. 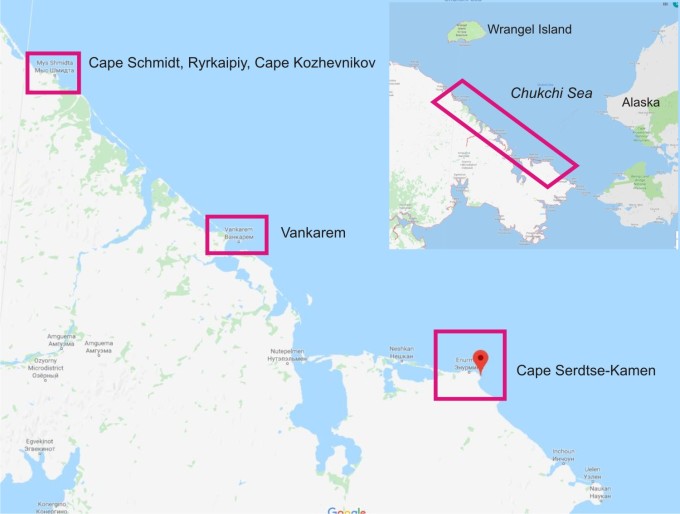