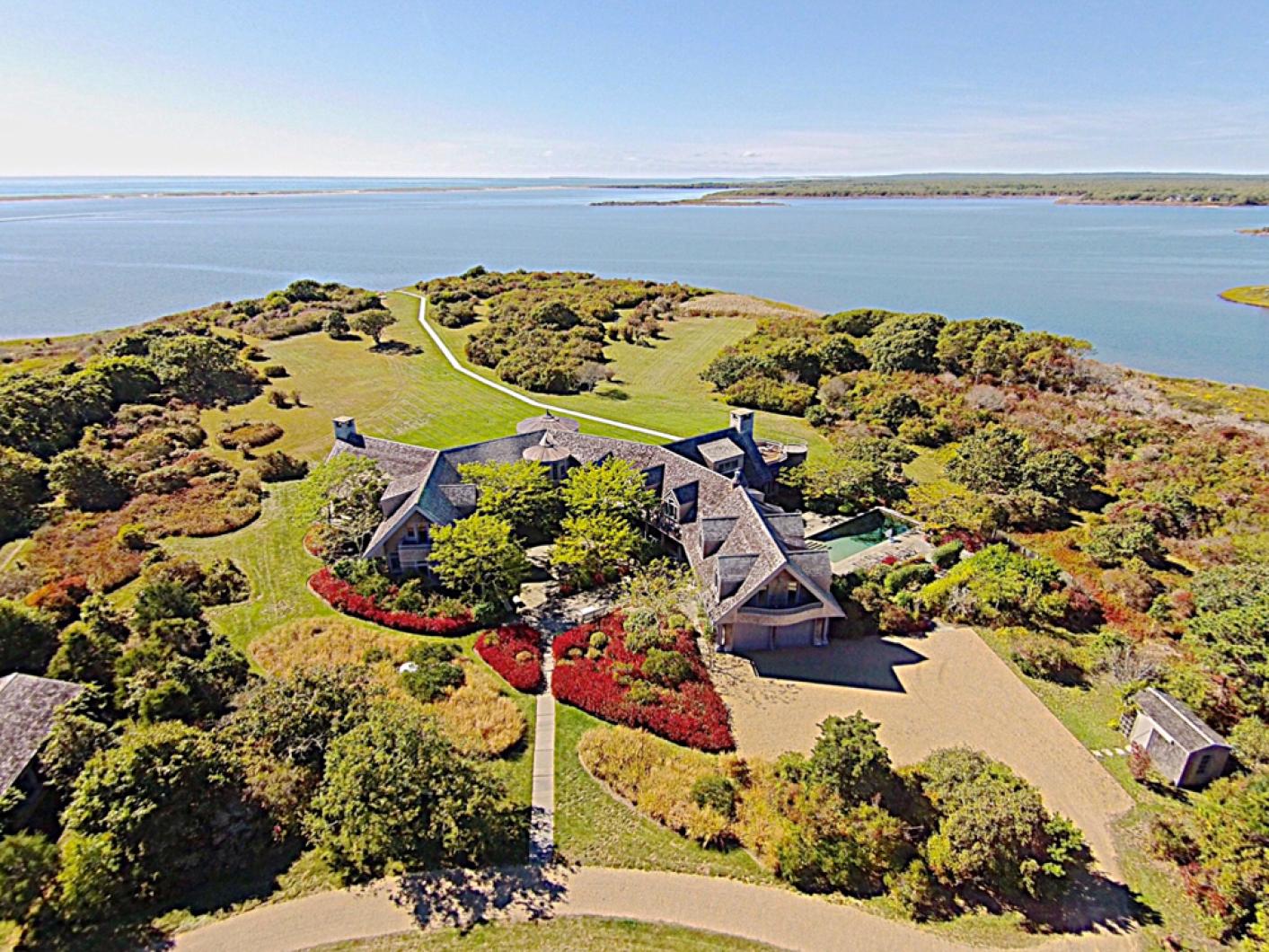 Former President Barack Obama and former first lady Michelle Obama have purchased a nearly 7,000-square-foot home on Martha’s Vineyard in Massachusetts for $11.75 million, according to a report.

The purchase price was recorded Wednesday with the local Registry of Deeds, the Vineyard Gazette reported.

The Obamas paid about half the original asking price for the property when it first became available in 2015, the report said.

The sellers were listed as Wycliffe Grousebeck, owner of the Boston Celtics basketball team, and his wife Corinne Basler Grousbeck.

The house is located in the Edgartown section on the eastern end of the island and sits on a property of more than 29 acres, the Gazette reported. 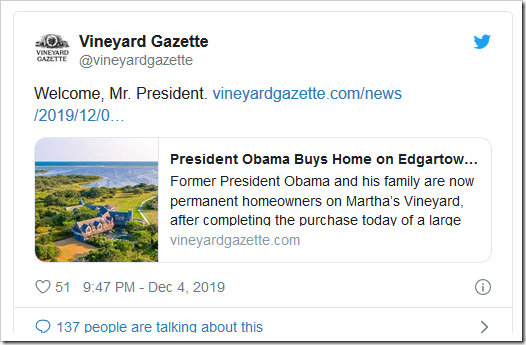