As I woke up to Thanksgiving yesterday, I realized we in the Pacific Northwest had been cyclone bombed for the holiday. 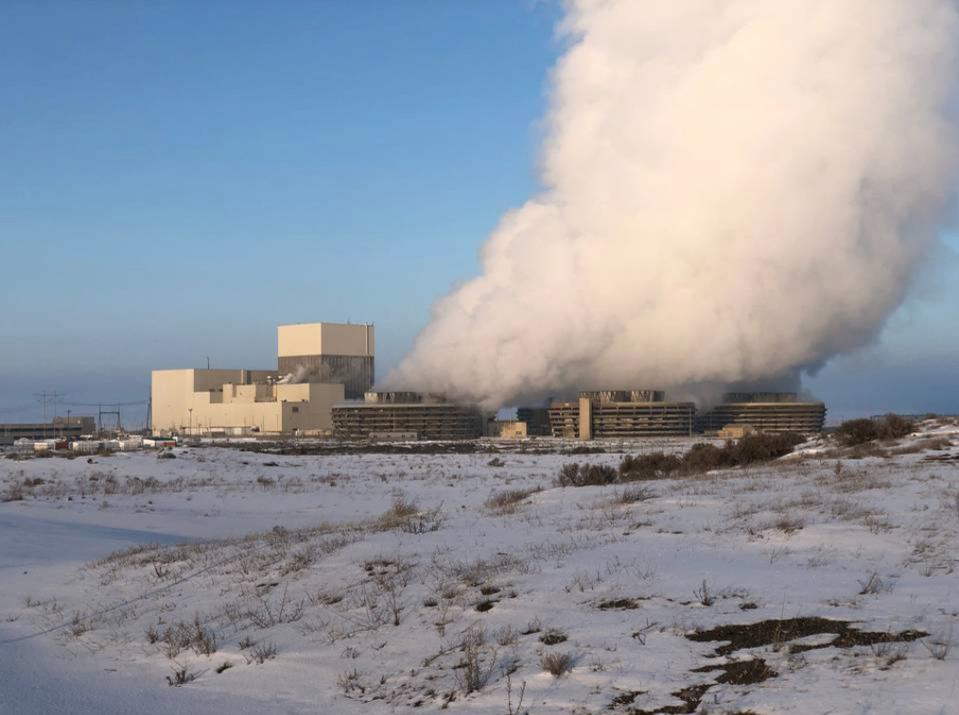 The Columbia Generating Station nuclear power plant just north of Richland, WA puts out maximum … [+]ENERGY NORTHWEST A Bomb Cyclone is when the barometric pressure drops by at least 24 millibars in 24 hours. The winds were wicked last night and kept us awake a good part of the time.

But looking out over the snow, I was thankful for the comforting plume of pure water vapor rising beyond from our nearby nuclear power plant. Judith and the kitties were, too.

Through thick and thin, extreme hot or extreme cold, the nuclear plant never seems to stop producing over 9 billion kWhs of energy every year, enough…