The Environmental Protection Agency on Wednesday announced a new rule to grant more flexibility for states in regulating coal-fired power plants, replacing the Obama-era regulation that was halted by the U.S. Supreme Court.

The Affordable Clean Energy rule under the Trump administration replaces the Obama administration’s Clean Power Plan, which would have required an eventual energy policy shift for the entire power grid from coal to natural gas.

The Trump EPA rule sets up emissions guidelines for states to apply when crafting their own plans to limit carbon emissions at coal-fired power plants.

“I do expect some litigation, but I also expect this to prevail in… 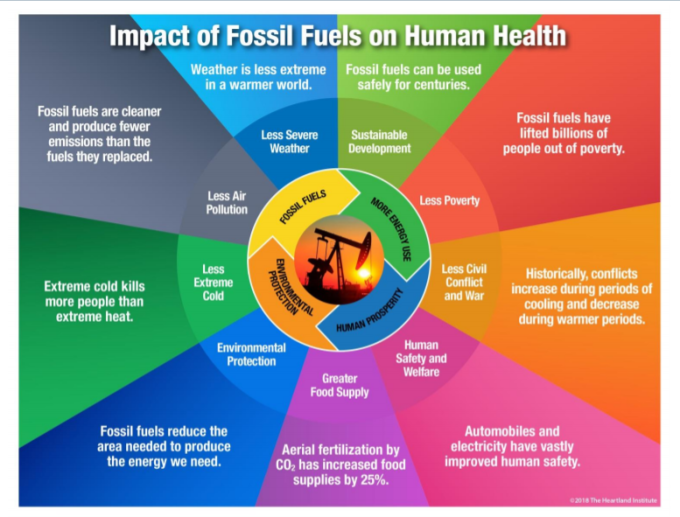 Those who seek the truth about global warming/climate change should welcome this latest publication from the Nongovernmental International Panel on Climate Change (NIPCC). Excerpts from the Coauthors’ introduction in italics with my bolds. H/T Lubos Motl

Climate Change Reconsidered II: Fossil Fuels assesses the costs and benefits of the use of fossil fuels (principally coal, oil, and natural gas) by reviewing scientific and economic literature on organic chemistry, climate science, public health, economic history, human security, and theoretical studies based on integrated assessment models (IAMs). It is the fifth volume in the Climate Change Reconsidered series and, like the preceding volumes, it focuses on research overlooked or ignored by the United Nations’ Intergovernmental Panel on Climate Change (IPCC).

NIPCC was created by Dr. S. Fred Singer in 2003 to provide an independent peer review of the reports of the United Nations’ Intergovernmental Panel on Climate Change (IPCC). Unlike the…

An observed decline of surface shortwave radiation (SSR) in Europe discovered from about 1950s until about the 1980s and many parts of the world is attributed to increasing emissions of anthropogenic aerosols (dimming phase). The followed increase of SSR in some regions (brightening phase) is a consequence of the clean air business in Europe.

The simulations with detailed treatment of aerosols and their interaction with clouds are needed for understanding the regional SSR trends. The NASA GISS ModelE2 is used in this study. It is based on transient simulations with natural and anthropogenic forcings.