As I pointed out at the time, the bits of string were horridly fake and misleading.

Researchers have confirmed for the first time that Pine Island Glacier in West Antarctica could cross tipping points, leading to a rapid and irreversible retreat which would have significant consequences for global sea level.

Pine Island Glacier is a region of fast-flowing ice draining an area of West Antarctica approximately two thirds the size of the UK. The glacier is a particular cause for concern as it is losing more ice than any other glacier in Antarctica.

Currently, Pine Island Glacier together with its neighbouring Thwaites glacier are responsible for about 10% of the ongoing increase in global sea level. 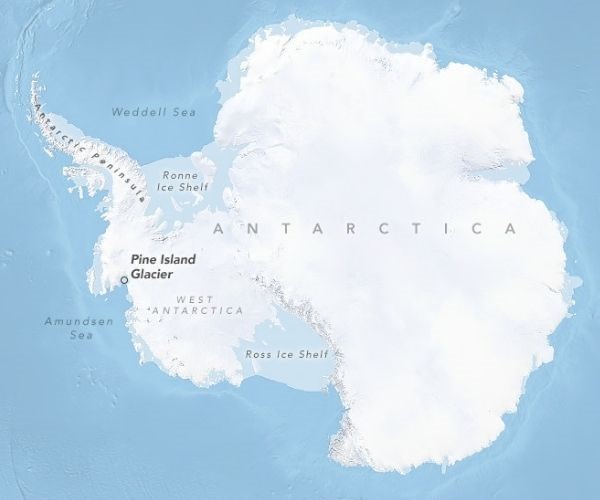 Scientists have argued for some time that this region of Antarctica could reach a tipping point and undergo an irreversible retreat from which it could not recover. Such a retreat, once started, could lead to the collapse of the entire West Antarctic Ice Sheet, which…

You will see that India is one of the worse affected countries.

We know that there is really only one factor which drives India’s agricultural output each year, the monsoon. Droughts are disastrous for India’s farming sector, and, regardless of floods, the more rain that falls the better harvests are.

If we look at the monsoon rainfall record, we see that major droughts occurred in :

In other words, during that period of global cooling from 1965 to 1987, ten major droughts occurred, effectively once every two years. In the last 23 years there have been just five.

This is no coincidence. As HH Lamb explained in 1982, when the Northern Hemisphere cools, the tropical rainbelts get squeezed around the equator, with a corresponding decrease in rainfall further north, which led to prolonged droughts in the Sahel and across into Asia:

The study claims that…

The survey of British adults suggests that the public perceive the impacts of climate change to be more negative than the academic research would suggest. However, there is also a significant minority of the public who say they are ‘not very’ or ‘not at all’ concerned by climate change.

This week, the UK government announced it would be scrapping the beleaguered Green Homes Grant scheme. Launched at the end of last summer, the scheme was intended to subsidise the retrofitting of homes, so as to make them energy-efficient and help the UK reduce its CO2 emissions. According to one report, bureaucratic inefficiencies have caused the scheme to be scrapped. Even the green lobbyists who campaigned for it said it was marked by ‘staggering ineptitude’ and ‘incompetent administration’, and was ‘shambolic’ and ‘botched’.

This is not the first catastrophic policy failure of this kind. And yet the climate agenda’s most powerful advocates have yet to admit to their mistakes, or to understand their failures.

Take, for example, the big claims that increasing the energy efficiency of homes could create ‘hundreds of thousands of new green jobs’, create a ‘green industrial revolution’, a ‘green economy’ and…

Environmental justice organizations are currently a major driver of environmental regulation in New York. A new report “The Fossil Fuel End Game, A frontline vision to retire New York City’s peaker plants by 2030” illustrates the campaign strategy they are using to shut down peaking power plants in New York City.  Unfortunately their claims are based more on emotion than fact.

Previous posts showed 2021 Arctic Ice fell short of breaking the 15M km2 ceiling mid March due to a February Polar Vortex disruption.  As we shall see below, another smaller PV disruption is now occurring accelerating the normal spring melting season.  The graph above shows that the March monthly average has varied little since 2007, typically around the SII average of 14.7 M km2.  Of course there are regional differences as described later on.

Dr. Judah Cohen at AER provides an image of how this latest PV disruption appears:

The High pressure areas were forecast to warm over the Pacific Arctic basins, and extending over to the European side, while the cold Low area is presently extending down into North America, bringing some snow on April 1 in Montreal (no joke).  The effect on Arctic Ice is shown in the animation below:

As anticipated in a previous post, Arctic ice extent appears to have peaked under the 15M km2 threshold.  An earlier discussion noted that the wavy Polar Vortex that froze Texas with cold Arctic air in February, allowed warmer southern air into Arctic regions, reducing ice extent.  The ice recovered afterward ( see March 1, 2021 Arctic Ice Recovers from PV Hit ), but 2021 was no longer going to reach 15M km2.  As shown by the graph below, ice extents this year did persist and draw close to the 14 year average, before beginning the melt season this week.