Well we knew it all the time, but now it has been confirmed by a team of economists from the University of Chicago: 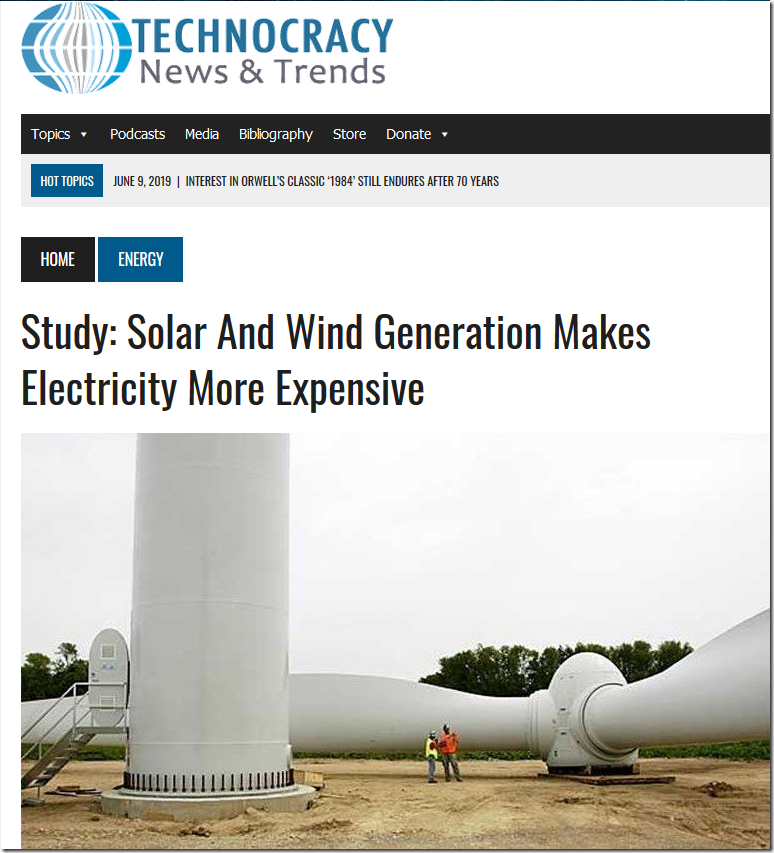 Solar panels and wind turbines are making electricity significantly more expensive, a major new study by a team of economists from the University of Chicago finds.

The study, which has yet to go through peer-review, was done by Michael Greenstone, Richard McDowell, and Ishan Nath. It compared states with and without an RPS. It did so using what the economists say is “the most comprehensive state-level dataset ever compiled” which covered 1990 to 2015.

The cost to consumers has been staggeringly…