If winter seemed unseasonably warm this year, it’s not just a coincidence, according to the National Oceanic and Atmospheric Association (NOAA).

In 2019, January through February was the globe’s fourth warmest two-month period in 140 years said the organization in a recent monthly report.

According to the NOAA, which chronicles rising temperatures across the globe, the month of February clocked in at 55.3 F, which is 1.42 degrees higher than the 20th century average of 53.9 degrees. 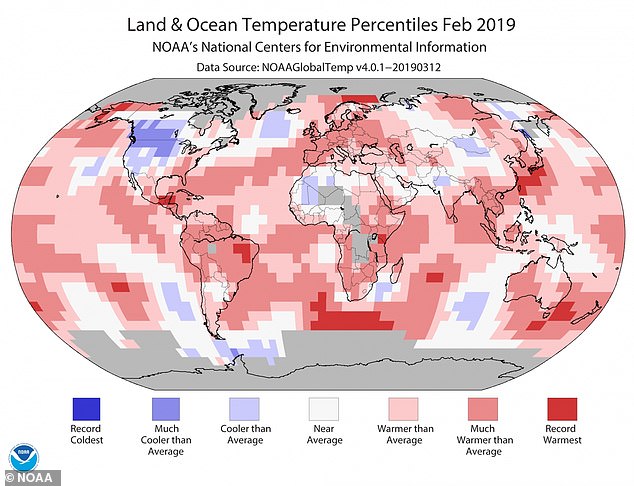 The idea that our warm weather in February had anything to do with global warming is utterly ridiculous and dishonest.

It had no more to do with global temperatures than the record cold in the US did, or for matter the Beast from the East that froze us last year.

Even if we accept NOAA’s figures ( a big IF), global temperatures last month was pretty average by…