Skip to content
This comment by Javier [slightly edited for clarity] is reposted from Dr. Judith Curry’s Climate Etc.
Javier | April 2, 2019 at 5:01 am |

The Modern Solar Maximum is clearly seen with a Gaussian smoothing of the sunspot data: 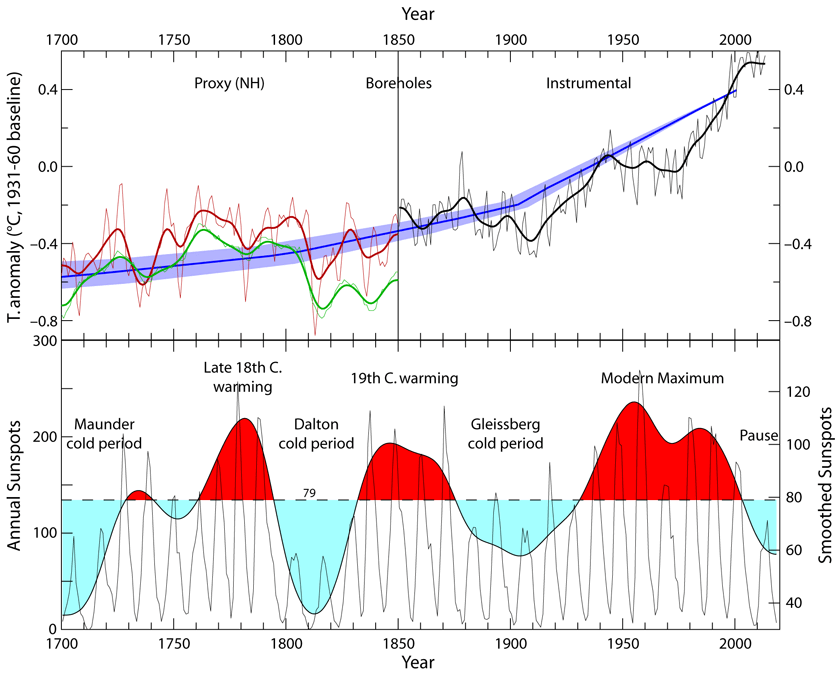 Or even better just by running a 70-year moving average through the 1750-2018 sunspot data: 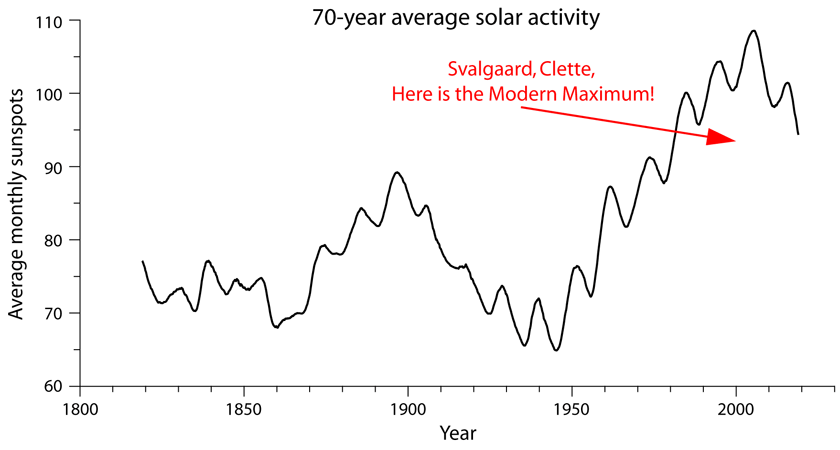 Respected climatologists like Takuro Kobashi, Bo Vinther and Tom Blunier accept the existence of the Modern Solar Maximum, as they see its effects on climate:

The Modern Solar Maximum, a one in 600 years event that exactly coincides with Modern Global Warming is assigned a near-zero effect on climate by models. Not surprisingly, since it ended models performance has been abysmally poor.