THE First Finding handed down by Judge Salvador Vasta in the Peter Ridd court case concerned Bramston reef off Bowen and a photograph taken in 1994 that Terry Hughes from James Cook University has been claiming proves Acropora corals that were alive in 1890 are now all dead – the fringing reef reduced to mudflat.

Meanwhile, Peter Ridd from the same university, had photographs taken in 2015 showing live Acropora and the need for quality assurance of Hughes’ claims.

Both sides were preparing evidence for over a year – with the lawyers apparently pocketing in excess of one million dollars – yet there was no interest in an independent assessment of the state of Bramston reef.

It more than once crossed my mind, that with all the money floating around for reef research and lawyers … there could perhaps be some mapping, or just one transect, at this most contentious of locations supposedly indicative of the state of the Great Barrier Reef more generally.

In his judgment Judge Salvadore Vasta was left to simply conclude that it was unclear whether there was now mudflat or coral reef where an extensive area of Acropora coral had been photographed back in 1890, but that Peter Ridd nevertheless had the right to ask the question.

Indeed, the court case and the appeal which must be lodged by tomorrow (Tuesday 7th May), is apparently all about ‘academic freedom’ and ‘employment law’, while the average Australian would perhaps be more likely to care if they got to see some coral and some fish – dead or alive.

I visited Bramston Reef over Easter because I couldn’t wait any longer to know if the corals in Peter Ridd’s 2015 photographs had been smashed by Cyclone Debbie that hovered over Bowen two years later, in April 2017.

As I drove into Bowen, I took a detour towards Edgecombe Bay, but I didn’t stop and explore – because I saw the signage warning of crocodiles.

Peter Ridd had told me that his technicians had approached from the south south-east in a rubber dinghy to get their photographs. The day I arrived (April 18, 2019), and the next, there was a strong south south-easterly wind blowing, and no-one prepared to launch a boat to take me out.

On the afternoon of Easter Friday – ignoring the signage warning of crocodiles – I walked through the mangroves to the water’s edge. I found the mudflat which Terry Hughes had claimed now covers once healthy Acropora coral and walked across it. The other side of the mudflat there was reef flat with beds of healthy Halimeda. This area of reef flat over sand extended for nearly one kilometre – before it gave way to hectares of Acropora coral.

When, with much excitement, I showed my photographs of all the Acropora to a Bowen local. He described them as, “rubbish corals”. He seemed ashamed that the corals I had photographed at Bramston reef were not colourful.

For a coral to make the front cover of National Geographic it does need to be exceptionally colourful. Indeed, for a woman model to make the cover of Vogue magazine she needs to be exceptionally thin. But neither thin, nor colourful, is necessarily healthy. Indeed, Acropora corals are generally tan or brown in colour when they have masses of zooxanthellae and are thus growing quickly – and are healthy.

White corals have no zooxanthellae and are often dead, because they have been exposed to temperatures that are too high. Colourful corals, like thin women, are more nutrient starved and often exist in environments of intense illumination – existing near the limits of what might be considered healthy.

Such basic facts are not well understood. Instead there is an obsession with saving the Great Barrier Reef from imminent catastrophe while we are either shown pictures of bleached white dead coral, or spectacularly colourful corals from outer reefs in nutrient-starved waters … while thousands of square kilometres of healthy brown coral is ignored.

Peter Ridd did win his high-profile court case for the right to suggest there is a need for some quality assurance of the research – but I can’t see anyone getting on with this. The Science Show on our National Broadcaster, hosted by a most acclaimed scientist journalist, has reported on the case just this last weekend. Rather than launching a dinghy and having a look at Bramston Reef, Robyn Williams has replayed part of a 2008 interview with Peter Ridd, and let it be concluded that because Peter Ridd holds a minority view he is likely wrong.

Understanding the real state of the Great Barrier Reef is not a trivial question: it has implications for tourism, and the allocation of billions of dollars of public monies … with most currently allocated to those properly networked – but not necessarily knowledgeable or prepared to walk beyond a mudflat to find the corals. 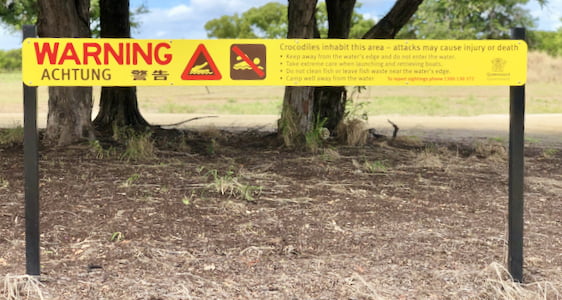 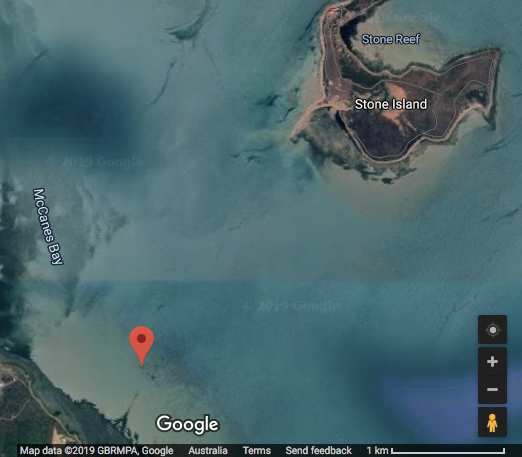 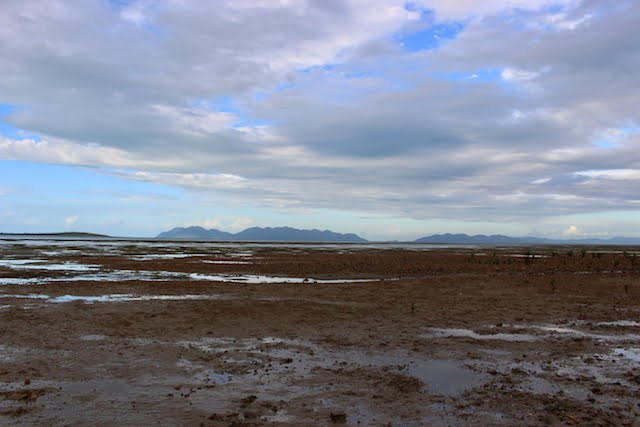 There is a mudflat to the west of Bramston Reef. 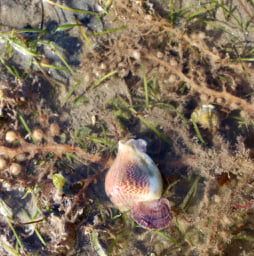 That mudflat is teeming with life, as expected in an intertidal zone. 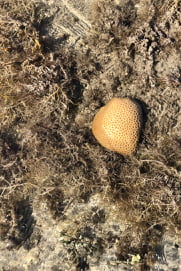 This Porites coral is a healthy tan colour. 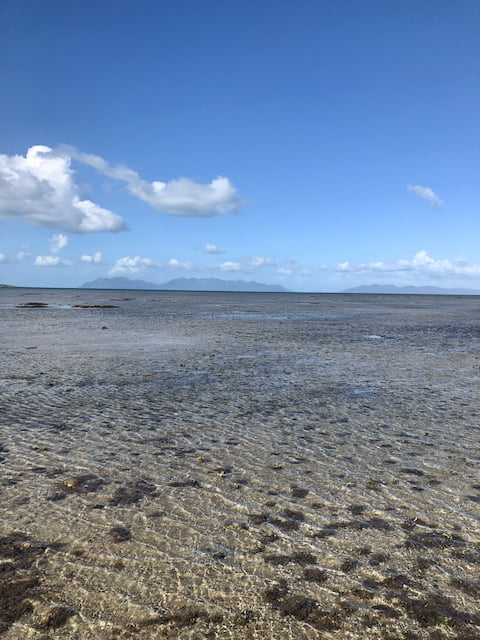 After the mud flat there was reef flat, with coarse sand and lots of Halimeda. All healthy, and typical of an inner Great Barrier Reef. 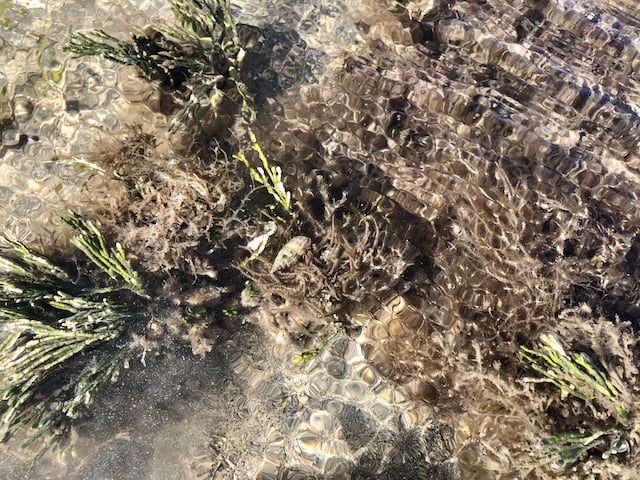 Halimeda is a green macroalgae, it was healthy. 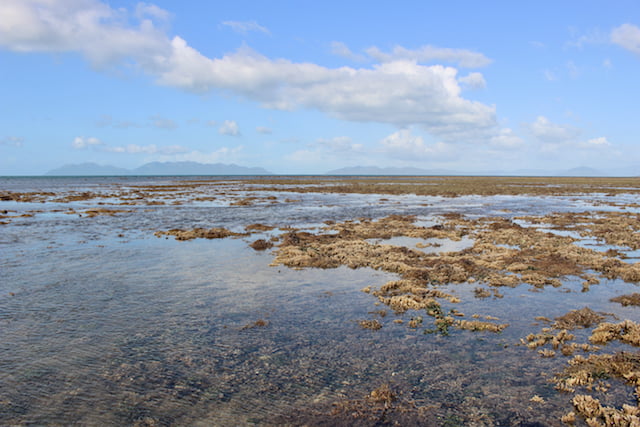 Acropora corals with a view to Gloucester Island. 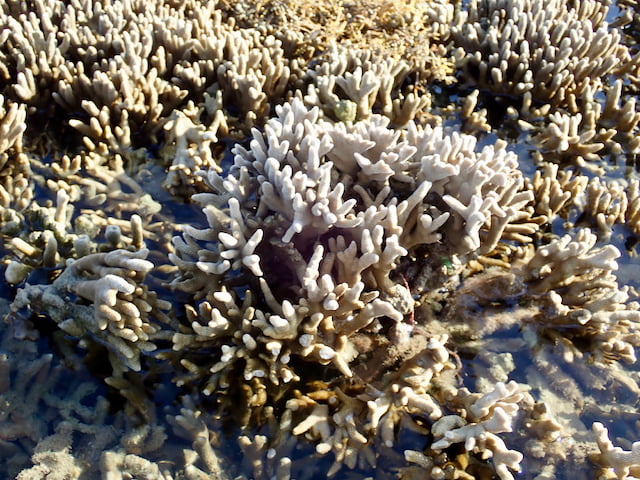 I did find one bleached coral. 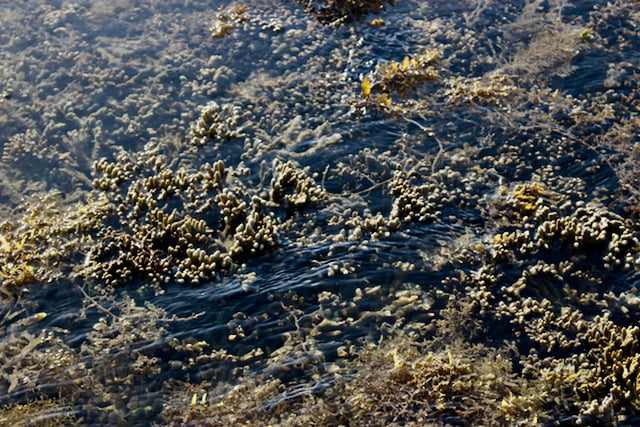 Most of the Acropora was a healthy brown colour suggesting good growth, rather than beauty. 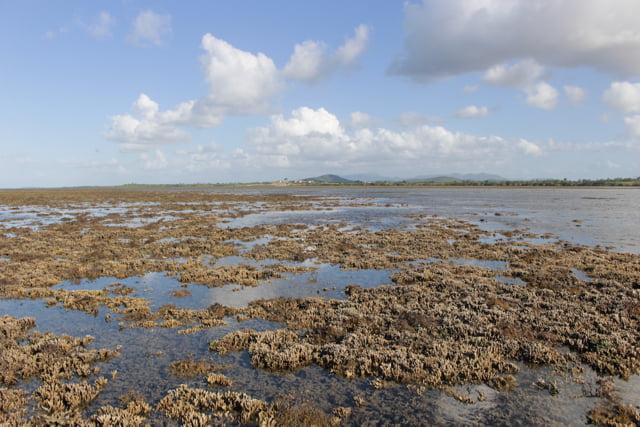 There were also corals to the south east. 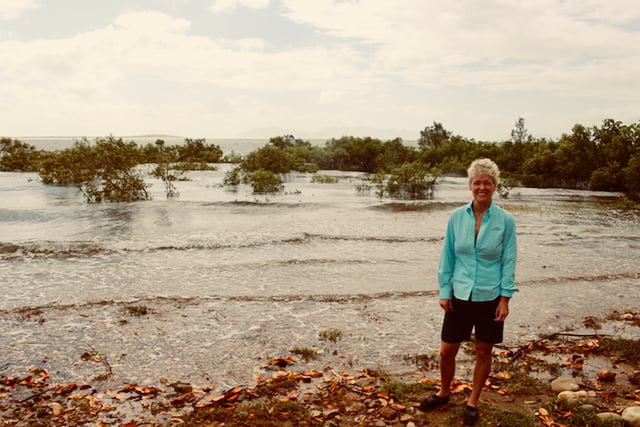 Looking across to Gloucester Island, in front of the mangroves when the tide was in, early on 19 April. 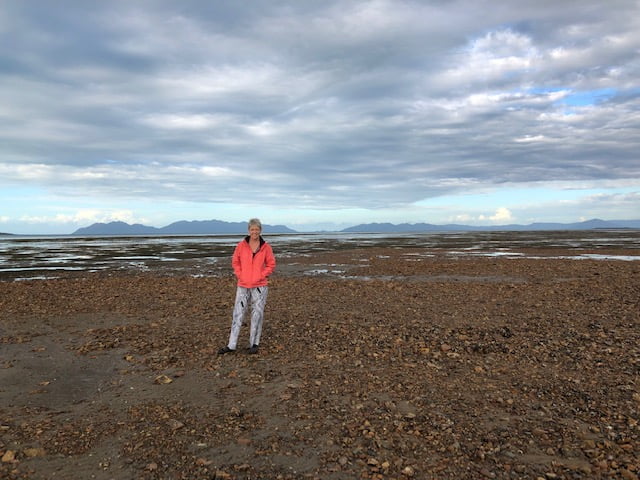 Looking towards Gloucester Island, the day before.

To be sure to know when I post pictures at this blog, and to get the latest news regarding the Peter Ridd court case including the possible appeal by James Cook University, subscribe for my irregular email updates.